For my birthday this year, and in honor of Queen Victoria’s 200th anniversary, my best friend Robin and I took a trip to Paris by way of Germany first. But I will circle back around to Germany later. It was my time for longer than a 12 hour layover a few years back, which hardly counts as a visit to France! I had a huge plan to finish my new pink & black ballgown, based on a portrait of Victoria, but time did me in. I instead re-trimmed my black & silver gown which as only had a few wearings.

This dress has been very versatile even though it is quite a bold fabric. This batch of silver/back was a long ago custom order batch I purchased through a group order on Livejournal. I always wished I had bought more and had regret for the bits I sold off to others. I will keep making due with what I have of it. 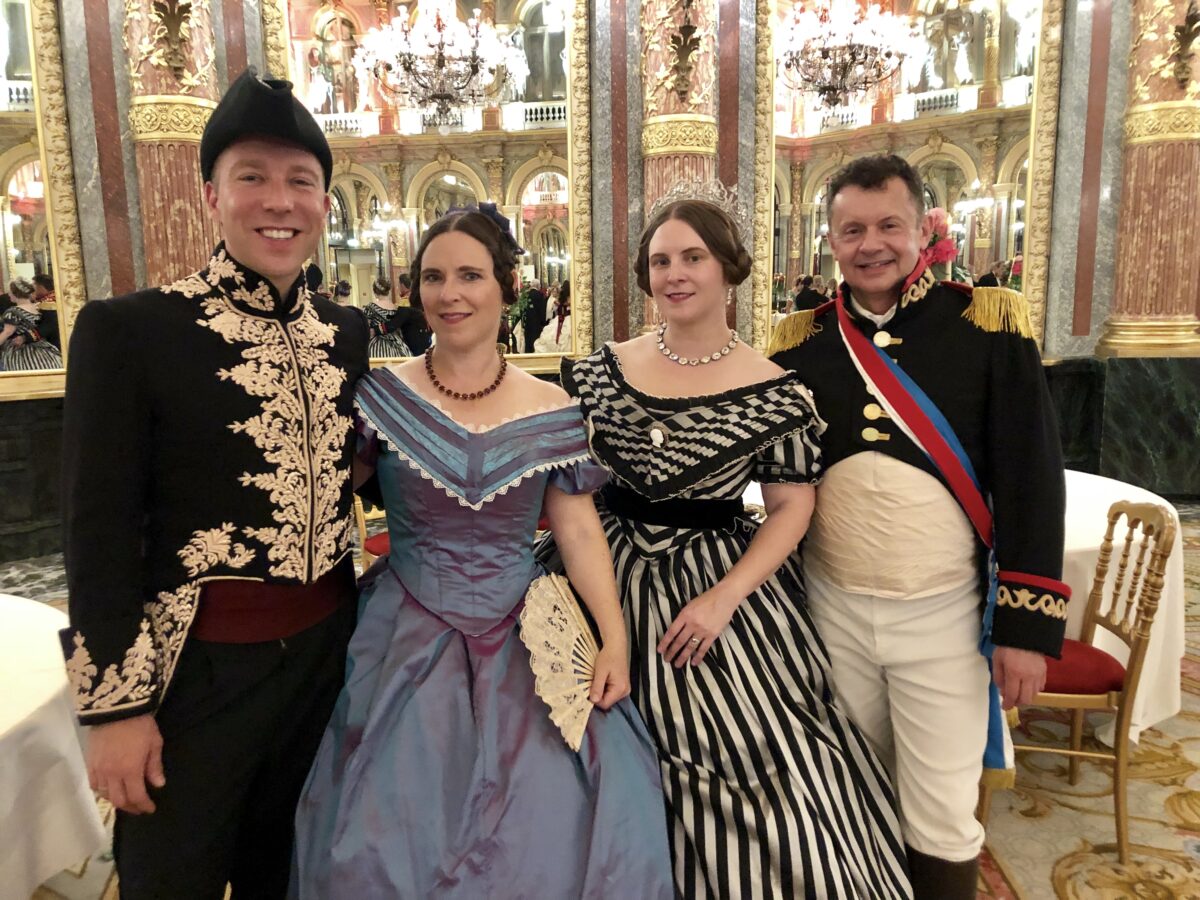 Here is a glimpse into the Bal itself from a